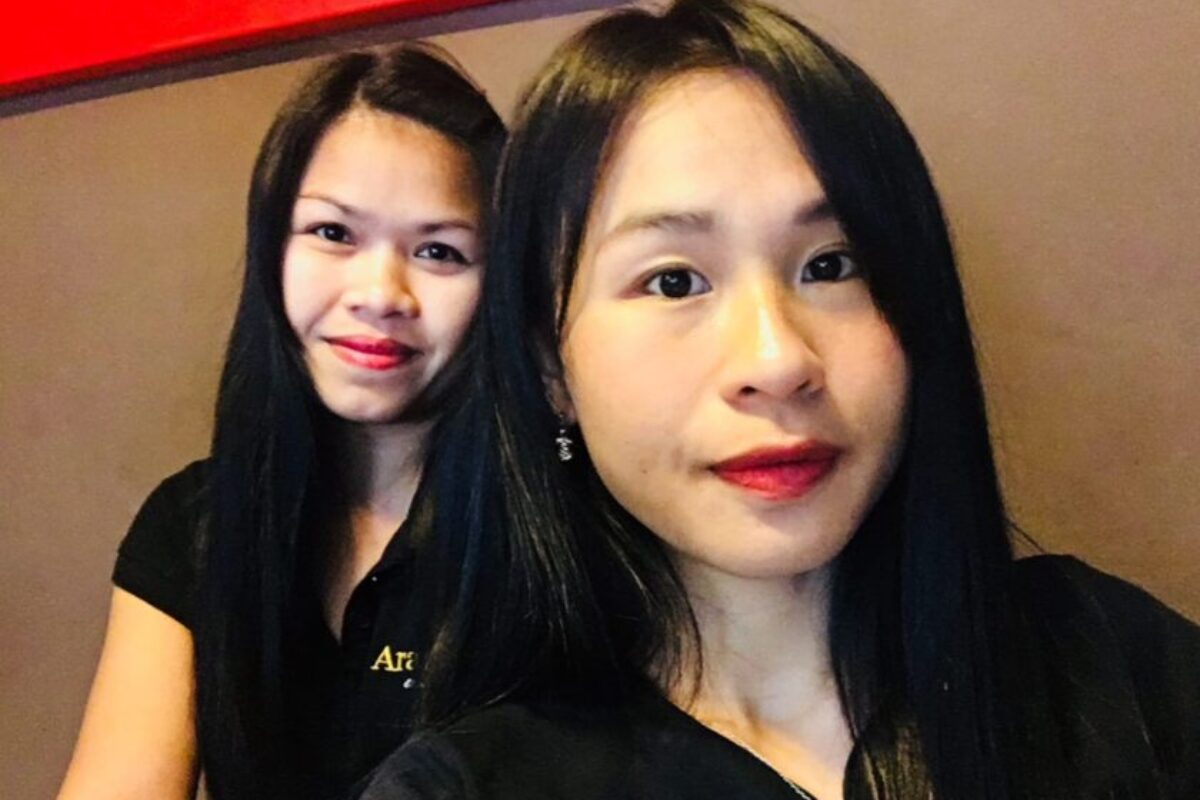 Thai Yoga Massage, Nuad Thai Boran has since evolved into two main styles, the northern and the southern. The Old Medical Hospital in Chang Mai, Thailand has become the main hub for the northern style and Wat Pho in Bangkok, the center for the southern style is what Aranya Thai massage pretent. Although the two share a lot in common, they differ in how the energy lines are worked. The northern style involves palming and thumbing of the Sen lines and is generally a bit more active with its stretches and yoga poses. The southern style is more relaxed in its approach and uses a technique known as plucking to stimulate the energy lines via the nerves. These days, more and more practitioners are combining elements of both styles making it harder to distinguish between the two. In addition to these techniques, practitioners of both styles will often use their forearms, elbows, knees and feet to work the body. 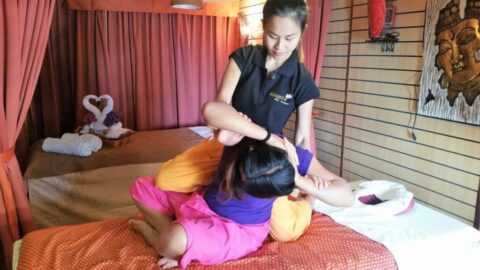 Neck massage is what Mint is doing here with Aranya, loosening the neck muscles and stretching sideways with the knee on the thigh to give back pressure.

Stretching of the hip and leg and pelvis.

Aranya has decorated a salon entirely in traditional Thai style where we carry out the Nuad Thai Boran style come to us. 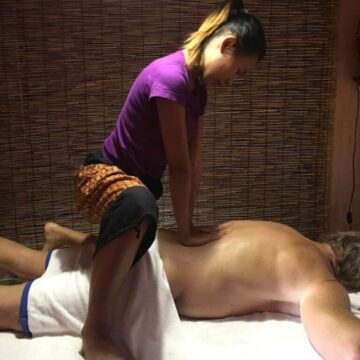